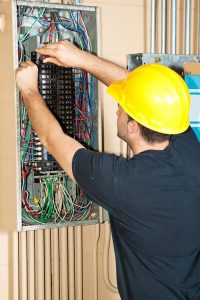 Most homes these days make use of circuit-breakers vs old fashioned fuses. (Fuses perform the same job but can’t be reset and need to be replaced)

Occasionally, circuit breakers may go into a tripped position. Before resetting a breaker, it’s worth attempting to diagnose the reason it has tripped. In many cases people assume there’s an issue with the breaker itself but that is rarely the case. It is far more likely the issue has been caused by one of the following:

All circuit breakers are designed to limit the amount of electricity a circuit can safely provide (this is measured in amps and is called “current”). Breakers normally have the rated amps written on the handle. 15amps is the most common household electrical circuit. Overloads may simply be caused by plugging too many devices throughout your home and can sometimes be corrected simply by lightening the load. Items that produce heat, as well as portable air-conditioners, often draw large amounts of electricity. Note that up to 12 plugs may be on one single 15 amp circuit and that one 15 amp circuit is intended to handle approximately 1500 watts.
Overload protection on a breaker is thermal and the breaker will require time to cool-down before it can be reset.

Short circuits are hazardous conditions that need to be corrected. They are typically caused by things like damaged wiring, faulty or incorrectly connected equipment, or wire rubbing against metal parts. If a breaker is reset without eliminating the source of a short circuit it will usually trip again instantaneously.

Ground fault circuit interrupting breakers (GFCI) offer additional protection for wet locations and Arc fault circuit interrupting breakers (AFCI) offer additional protection from damaged wiring and cords. Both however are reset in the same fashion as standard circuit breakers. It should be noted that these breakers both have test buttons and should be tested once a month. 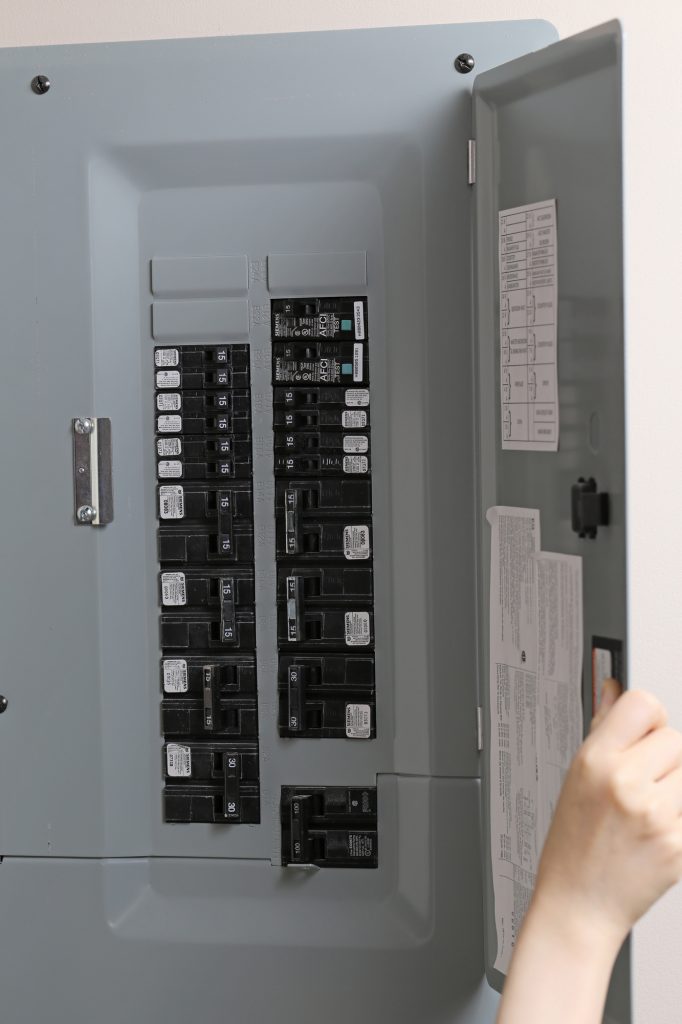 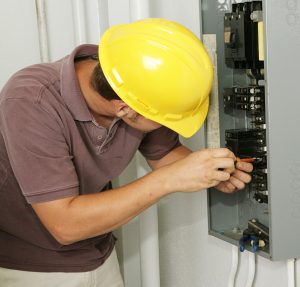 When attempting to reset a breaker you should stand off to one side of the electrical panel and not directly in front of it. Then the handle needs to be moved from the tripped position to the off position, and then to the on position. Breakers are not normally designed to be reset directly from the tripped position; they must be moved to the off position first.

It’s worth noting that sometimes breakers will appear to be in the on position when they have actually tripped internally, to rectify this move the breaker handle to the off position and then back into the on position. Also remember that if a breaker has tripped due to overload, it will need time to cool down before resetting (approximately 15 minutes).

Any breaker that trips instantaneously upon resetting or that trips continuously needs to be diagnosed for safety and should be left off until the condition has been repaired. 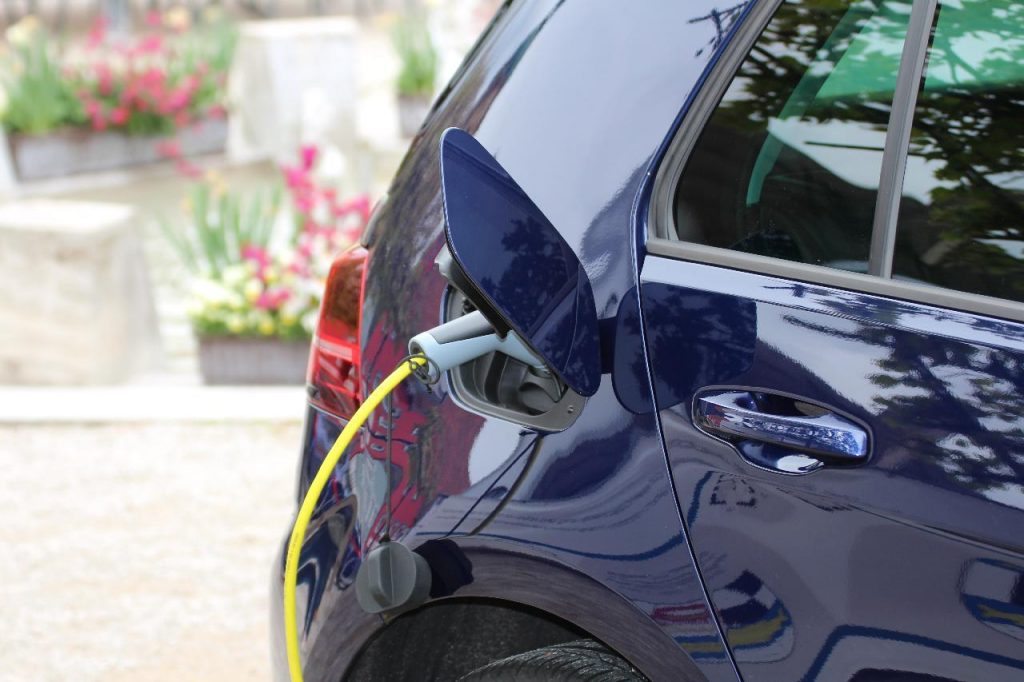 If you’ve been following the trends of the automotive industry, you’ve probably noticed electric vehicles becoming more and more common on the road. Below are the three types of chargers used by electric vehicles.

Many electric vehicle owners will do the bulk of their charging at home. Often, owners will plug their vehicle into a regular home outlet using the 120-volt adaptor that is supplied with most new electric vehicles, this is called Level 1 charging. While the charging speed is slow (oftentimes more than 8 hours for a full charge), it can be fine for electric vehicle owners who do less driving. Canadian Electrical Code stipulates that 120-volt receptacles intended for this use be installed on a dedicated circuit, specifically intended and identified for this purpose.

Although they are not common, level 3 chargers are also available on the market. While they are costly to purchase and require approximately 80 amps of electricity (which is typically not available in most residential dwellings), they can deliver a full charge in as little as 45 minutes. For anybody interested in level 3 charging, they should start with an assessment from a qualified individual to determine if an electrical upgrade will be required from the local electrical supply authority. 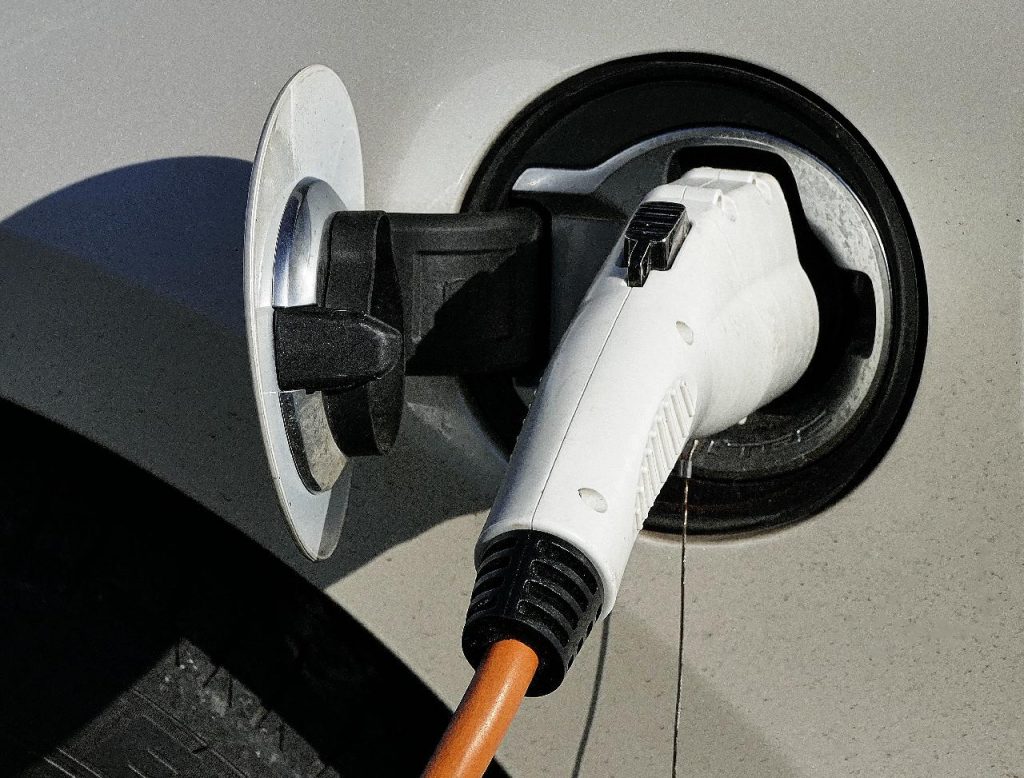 Electric vehicle chargers should be installed by qualified personnel in accordance with electrical code requirements. Also, be sure to find out if you qualify for any government or electrical supply authority rebates in your area. It should also be noted that in some cases, the installation of an electric vehicle charging management system will be required.

ProAmp Electric provides safe and trusted installations to the Greater Vancouver.  They install electric vehicle chargers in Coquitlam Tri-Citites, Pitt Meadows, Maple Ridge, and Surrey and also in Langley.  Call ProAmp Electric today for a consultation to see if installing an electric car charger would make sense for your home.